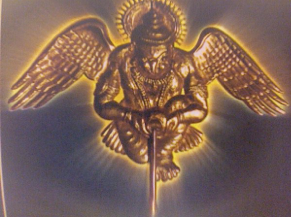 I am pleased to be able to offer an etext of the Viṣavaidyasārasamuccaya, perhaps the most recent Sanskrit composition on the topic of curing poison. It was written by Cherukulappurath Krishnan Namboodiri from Kerala (1879–1966). The current edition is enriched by the commentary of his disciple Valloor Sankaran Namboodiri (b.1917) and a translation by Dr. K.P. Madhu. The translated forward, life sketches, and introductions are a pleasure to read and help the scholar to understand the context of this still living tradition of poison healing, therefore serious students of our topic will want to seek out the printed edition. I received two copies from Dr. Madhu and have deposited one in the UC Berkeley library. It should be available for interlibrary loan in the coming months.

The text is primarily a compilation of previous works aiming to give students a unified textbook that covers the basics of viṣavaidya. It does, however, have some unique features and formulas and is anyhow based on a body of literature that is difficult to come by outside of Kerala. It is divided into two sections, a purvārdha and an uttarārdha, however the verse numbering restarts part way through the uttarārdha so I label it as sections two and three in the etext. The introduction by Ashtavaidyan Vaidyamathom Valiya Narayanan Namboodiri (translated from the 1961 Malayalam edition) says that the pūrvārdha treats viṣavijñāna whereas the uttarārdha treats viṣacikitsā. This is not accurate. The first half of the pūrvārdha is indeed more theoretical and discusses such classic matters as determining if a case is curable or incurable, questioning the messenger, omens, vital points, levels of envenomation, and types of snakes. The latter half of the pūrvārdha, however, is focused on treating the bites of the cobras, vipers, and kraits, clearly a matter of viṣacikitsā. The first part of the uttarārdha (section two in the etext numbering) is about healing the bites/stings of various animals other than snakes: that of rodent, scorpion, spider, rabid dog, mongoose, cat, etc. We need not be surprised by the non-venomous animals in the list; infection caused by any bite, especially deep punctures, can lead to symptoms effectively similar to envenomation. The third section in the etext (latter part of the uttarārdha) describes various multi-purpose remedies and first aid measures.

The 2006 edition comes with five useful appendices. The first gives the recipe for a drug called Kāñcī, synonymous with Dhanyāmla, which is mentioned but not explained in verse 1.103. Appendix II gives metric equivalents for the weights and measures used in the text and Appendix III is on denaturation of some poisonous ingredients. Appendix IV is on using the viṣahārilehya to diagnose the type of snake responsible for a bite. The last appendix lists the medicinal plants mentioned in the text by Sanskrit name, Sanskrit synonyms, Latin name, and Malayalam name.

Artwork of A Garland of Forgotten Goddesses, Part 4 of 12